#WHATISGRAND isn't just a favourite hashtag, it's a promise to ourselves. It's the red string that reminds us of the "why" not just the "what".

A lot of people ask us WHY we started P&C, what motivated us? P&C aims, in all that we do to pursue What is Grand. Our vision was to build a grand agency, a big thinking, anything is possible, dare us to do it, dream big agency. How do you create that kind of agency? By choosing a grand team. By working with grand clients. And by challenging ourselves to live up to this tall order everyday with grand ideas. If we do this well, honouring our chosen pursuit – we believe we will reap the rewards of a grand life.

Amanda is an award-winning communicator. For fifteen years, she's advised a broad range of consumer, lifestyle and corporate clients from fashion to finance, beverage to beauty. Before running PR agencies, Amanda worked as a political communications advisor for various leaders at the provincial and federal level, including most recently on the Trudeau Campaign team. When she's not at P&C, you can find her bantering politics on CBC TV's Power and Politics as a regular commentator. She is also the founder of Canadian charity, Artbound, which has built arts schools and provided funds to children and communities in Kenya, India, Guatemala, Nicaragua and Haiti. Amanda serves as Chair of Rethink Breast Cancer and as a board member of Canadian Art Foundation. She can be found on the speakers circuit, with topics ranging from PR, politics, entrepreneurship and women in business.

Lindsay Mattick is the Creative Director and Co-Founder of Pomp & Circumstance (P&C), an award winning Canadian public relations agency. Recognized as a ‘Top PR Under 40’ and a 2019 ‘Brand Star’ by Ad Week Magazine, Lindsay is known for her creative and journalistic instincts. Since its launch, P&C has attracted top tier clients and talent, and proudly boasts over 30 clients on its roster, including: Bacardi, CIBC, Dermalogica, eBay, Canadian Tire, Huawei and Peloton. As Creative Director, Lindsay is focused on conceptualizing and overseeing all of the ideation for agency campaigns. In less than four years, Lindsay is proud to have led P&C to win over 12 awards. When Lindsay’s not busy helping leaders, companies and organizations tell their stories, she’s been proud to have spent the last couple years sharing one of her own. In the fall of 2015 Lindsay published Finding Winnie – an illustrated picture book that won the prestigious 2015 Caldecott Medal and quickly became a #1 New York Times and Canadian Best Seller. Lindsay’s follow up novel, Winnie’s Great War came out in the fall of 2018 and was named as a finalist for Canada’s Governor General Literary Awards. 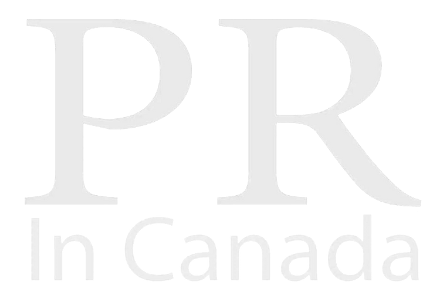 PR Person of the Year, 2020
Amanda Alvaro and Lindsay Mattick

One of the Fastest-Growing Agencies in the World. AdWeek 100: Fastest Growing List